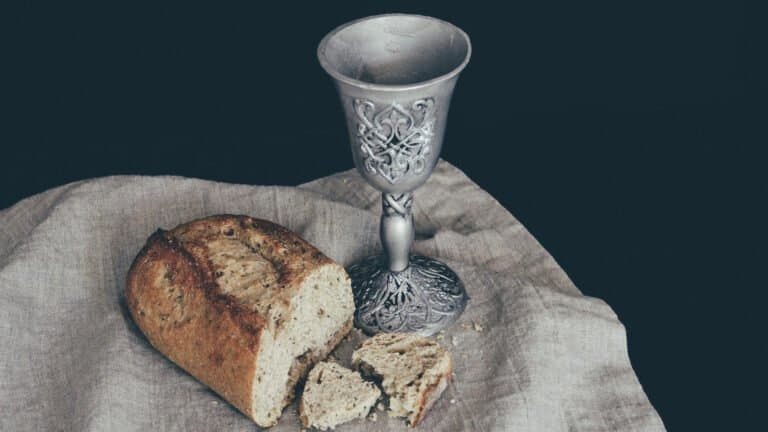 Reminder: If you are planning to take part in the Lord’s Table at the end of the service, have your bread and juice ready.

We are glad that you have chosen to worship with Kingsville Baptist today. We pray that all that we do and all that we say points you toward God’s great love for you revealed in the life, death and resurrection of His Son Jesus Christ.

As many will know, last week we said goodbye to Jim and Tracey Bagley, the pastoral team who led us so well for so many years. We will continue to feel that void for some time to come. Still we move forward toward what it is that God has in store for our future at FBK.

We are very grateful that Rev. Alex Moir has agreed to be with us and lead us in worship through the new year. Alex will be known to many of you, having served for many years in churches in the CBOQ and most recently at Banwell Community in Windsor. Alex thank you for agreeing to lead us. May God richly bless you as you serve Him and share with us what He has laid on your heart for us to hear.

As this is the first Sunday of the month, we will be observing the Lord’s Table at the end of the service. If you are participating, be sure to have bread and juice ready. Even though we know that we will not be taking part at the exact same time, we ask you to use your imagination and place yourself in the sanctuary among us. We look so forward to the day we will no longer have to use our imaginations!

“There is none like God … who rides through the heavens to your help, and in his majesty through the skies.  The eternal God is your dwelling place, and underneath are the everlasting arms.”

Our gracious Father … we have had occasion over this past week to experience your power and presence in new and remarkable ways.  We humbly ask you to use this gathering time to empower us anew to serve in your Kingdom.  In the strong name of Jesus we pray … amen.

32 All the believers were one in heart and mind. No one claimed that any of their possessions was their own, but they shared everything they had. 33 With great power the apostles continued to testify to the resurrection of the Lord Jesus. And God’s grace was so powerfully at work in them all 34 that there were no needy persons among them. For from time to time those who owned land or houses sold them, brought the money from the sales 35 and put it at the apostles’ feet, and it was distributed to anyone who had need.

36 Joseph, a Levite from Cyprus, whom the apostles called Barnabas (which means “son of encouragement”), 37 sold a field he owned and brought the money and put it at the apostles’ feet.

In beginning this message, I recall an experience my wife Linda and I had a few years ago.  We were spending some time in the city where we had met as seminary students (Louisville, Kentucky) and were looking for a church to visit on the Sunday morning.  We had one in mind, a rather large congregation associated with a famous “seeker church” as they were known at that time.  Since I did not have a laptop in those days and it was long before Facebook pages, we called the church number for directions … to our surprise, this is what we heard!

Being a pastor myself, of a congregation that I thought was at least somewhat “healthy”, I couldn’t help making some comparisons.  However, a few years ago I read the results of a survey conducted by the Southern Baptist Convention (2007) … that the 1200 or so “mega-churches” (defined as 2,000 in attendance or more over a weekend) represented only one-half of one percent of all churches in the U.S. and accounted for only 5% of all weekend worship attenders.

I found myself asking the question … “what about the vast majority of the rest of us who attend much smaller churches than this one?”  I suddenly realized that I needed to go back to the New Testament to answer this question.  Here we will find lessons for church ministry that every church, large or small, can learn and apply, while focusing on one life in particular.

In Acts 4:32-37 we are given a glimpse into the life of the early church.  In this passage we discover hints as to what church ministry is all about … and encouragement that we can be part of the expansion of His kingdom, no matter what size our church happens to be.

But there was something else that made that early church special and it had to do with the quality of the membership itself.  Over the next few weeks, we’ll be looking at the life of Barnabas, the quiet hero of the New Testament.  His influence and leadership in the early church begins in this passage.

What wonderful blessings are in store for those who generously give to the Kingdom!  There is a poignant scene in one of my favourite movies, Chariots of Fire.  The Olympic Committee for the 1920 Paris games is meeting in closed door session with one of its athletes.  Eric Liddell, star runner from Scotland has just learned that the heat for his 100 metre race is scheduled for a Sunday, which is a problem for Liddell, a Christian with a strong belief in the Sabbath.  Enter another U.K. athlete, Lord Andrew Lindsay who has already medaled and offers the Flying Scot his (Lindsay’s) place in the 400 metre, the heat for which will be held at a more convenient time.  As the scene ends, Liddell thanks his friend and Andrew Lindsay’s words are precious (and I so hope they are true) … “just to see you run” he exclaims.

When we model Barnabas’ generosity in giving to the call of Christ, we assure ourselves a chance to witness something special we get to see Yahweh, the Father God, run and change lives with His presence.  There may be nothing better in life!

We are glad this day, our Father, to be reminded from Your word of our kinship with the early church.  Continue to bring to our minds the mission eternal which has been part of the ministry of Your people from the very beginning … in which we too may share, even these many years later.  We confess that, in a world of glitz, glamour, power and indulgence we often forget the simple things to which we have been called … and the needy ones we have been asked to serve.  We humbly ask You to use all that is a part of everyday life to remind us of Your purposes here on earth.

As we turn to face another week, we pray for Your guidance as we serve as Your people within the kingdom.  May we view every encounter in life as an opportunity to reflect Your love and care in this challenging time.  In the strong name of Jesus, we pray … amen.

Introduction to the Lord’s Supper

The Sharing of the Bread

Hear Paul’s words, “the Lord Jesus, in the same night He was betrayed, took bread and when He had given thanks, He broke it and said, “Take eat this is My body, given for you.”

Prayer for the Bread

Be present, be present, O Jesus, good High Priest, as You were in the midst of Your disciples; and make Yourself known to us in the breaking of the bread … who lives and reigns with the Father and the Holy Spirit.  World without end … amen.

Sharing of the Cup

“In the same manner also, He took the cup saying; this cup is the new agreement in my blood.  Whenever you drink it, do so in memory of Me.”

Prayer for the Cup

O Father, who by the blood of your dear Son has consecrated for us a new and living way into the holiest of all, grant unto us the assurance of Your mercy and sanctify us by Your heavenly grace; that we, approaching You with pure hearts and cleansed conscience, may offer unto You this sacrifice of praise and thanksgiving in righteousness.  Through Jesus Christ our Lord … amen.

“Always thinking about the Lord’s guidance to you, teach His word to your children, talk over the things of His Word when you are at home or out walking, at bedtime and before breakfast.  Let your whole life give evidence that God’s Word is at its centre.”